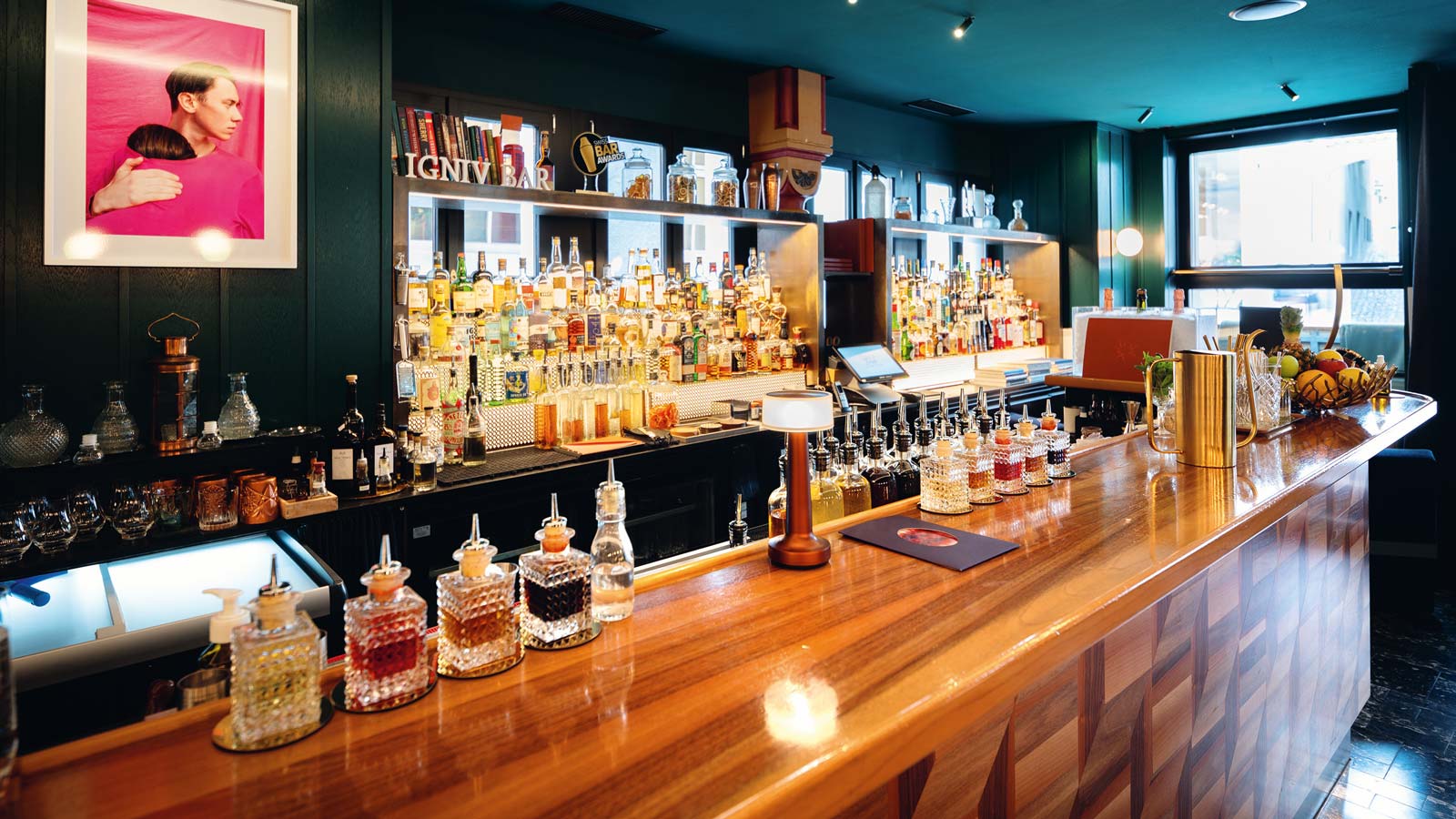 When you think of Andreas Caminada, it is first and foremost his world-renowned culinary skills that come to mind and make you go into raptures when you hear about them. Born in Graubünden, he is Chef de Cuisine at Schloss Schauenstein in Fürstenau, which has three Guide Michelin stars.

Achieving stars is difficult enough. But to hold on to them for years is a feat. Since 2010 in a row, the top chef has managed not only to keep his three macarons, but also to steadily expand his culinary refuge. It is therefore possible that a cocktail bar will also be considered in the near future in connection with the award-winning master of Michelin-starred cuisine.

With the Igniv Bar in the old town of Zurich, for the first time Caminada is entering the world of upscale drinking culture. At the SWISS BAR AWARDS 2021, the bar in the Marktgasse Hotel was named Best new bar in Switzerland. Also competing for the title of Best Newcomer Bar 2021 were Le Vestibule in Lausanne, western Switzerland, and Soho Switzerland in St. Gallen.

Andreas Caminada has hired a native Austrian as chef de bar for a liquid top terrain that the Igniv Bar would also like to represent in the round of Zurich's renowned bar universe: the soon to be 27-year-old Philipp Kössl, whose Austrian surname is actually spelled with "ß". Internationally, the special character "ö" also sometimes leads to questions.

"Yes, a name with two special characters at once is difficult," says the Lower Austrian from Waidhofen an der Ybbs, taking it with humour. Philipp Kössl apparently made an impression in the service at Schloss Schauenstein a few years ago.

Andreas Caminada has signed him up for the opening of the Igniv Bar in Zurich. Where exactly the bar journey will go is still up in the air, but the prestigious landlord has proven successful with it.

It's chirping in the Marktgasse

In Rhaeto-Romanic, Igniv stands for bird's nest. For the new establishment, this means that, in keeping with the nest character, guests should simply feel at home. "It starts with the little things, like opening the door, and of course there is fine food and excellent drinks, but the package must offer an overall experience for the guest, be well put together in the sense of feeling good," explains Kössl. The rule is: the guests have to be happy.

The crew at the bar is made up of three people, embedded in a restaurant staff of around 20 to 25 people. A total of eight chefs are responsible for the local one-star level in the restaurant. At the bar, the Kössl team relies on old school bartending.

"I call myself a bartender and not a liquid creator. We don't chase trends either," explains the young bar manager. That's why you won't find a rotary evaporator in the Igniv Bar. "The only special thing we have is a band saw for the ice blocks, which we cut lengthwise for gin and tonic, and in blocks for Old Fashioned, for example."

The award-winning fine dining sharing experience by chef Daniel Zeindlhofer is only served in the restaurant, because the setting with the small round bar tables would not allow four-course menus with four plates each. The drinks from the bar, however, do move into the dining area. Also in the form of non-alcoholic drink trips, for example.

Chef de Bar Kössl also attended the Munich Bar School in addition to his training at the Weyer Hotel Management School in Upper Austria. He gained experience and earned spurs at the former London Milk & Honey or in a New Zealand speakeasy bar in Auckland, in order to now develop himself and these further at Igniv Bar.

"We want to be at the top of the league in Zurich and in Switzerland as a whole," he says. As a supervisor, he wants to take things casually and still keep everyone happy. To take over the management of the team at Igniv Bar, he says, he jumped in at the deep end. "I try to keep it casual and friendly. Actually, the positions shouldn't matter," he assures.

The Igniv Bar has a special focus on sharing cocktails. It thus follows the motto "We love to share", which applies to all Igniv establishments. Restaurants in the Igniv family have a permanent place in Bad Ragaz, St. Moritz, Zurich and Bangkok as the latest nest - nests of pleasure they all are.

Sharing cocktails is thus a topic that has been rehashed in the family. Especially in the Niederdorf drinking establishment, which prefers to be a cocktail bar in a hotel rather than a hotel bar as it is locally. According to the motto "shall we take one together?" Igniv Sharing Cocktails are served in the crystal carafe with a corresponding number of crystal glasses.

"With this type of presentation, the focus is on sharing. You share a nice experience, the time together and a chosen cocktail, sit back and enjoy," explains Kössl. You can choose between "Juniper & Berry", "No Island Ice Tea" or "Sherry-ng is caring" with sherry, yuzu, orange, saline, soda and rosemary.

In total, the bar menu includes around 20 drink offerings. Signature drinks such as the tropically elegant "Cryztal Colada" or the earthy-fresh "Bloody Rosemary" are part of the liquid business card with further unconditional accessibility: Cocktails, "The Bitter Ones" or "Lemonades for Grown-ups". Complemented by bubbles, beers or champagne.

A bird's nest without a spirit focus - anything is possible

With around 250 positions in the back bar, everything is feasible in the bar with 25 to 30 seats. Quite a few cushions on benches, chairs and lounge seats invite you to "nest", true to the desired nest feeling. There is no standing room in the green bar with its black stone floor.

The question about a spirits focus is clearly answered with "no". The chance of a whiskey bar or gin and tonic stronghold is zero in the inner-city bird's nest. "We want to cater to all tastes, but not go into depth in terms of spirits categories. Two to three exciting products are perfectly adequate," explains Kössl.

Instead, the bar team attaches importance to selected, often regional products, whose taste is decisive for the selection. "We choose the product that works best in our drinks". Organic raspberry or tangerine spirit from the relatively young Swiss Orator distillery, for example, find favour at Igniv. Meanwhile, the in-house Phil's Gin is also distilled in the Pfungen distillery in a spirit of friendship.

If a guest doesn't quite get along with the spirits portfolio, Kössl is happy to recommend another bar. After all, guests should be or become happy. He is happy to give guests who for some reason wander off or move on to the nearby bar terrain of the city some snacks to take with them.

"In my time in London, I got to know and appreciate so-called 'boomerangs'," he reports. This is a small drink portion for the Barkeeper in the guest's next liquid hotspot including a message to them. "Like messages in a bottle with a nice filling".

The young Swiss-by-choice has been well received in the cosy Zurich bar community he knows, but he could imagine an even more intensive exchange. "I think it would be great to strengthen and develop the community together even more, so that we can all improve in terms of bar culture," he says.

In Central Europe in particular, wine culture is more pronounced than bar culture. According to Kössl, once the guest has had a bad cocktail, the way back to the cocktail is more difficult and the guest stays with the usual.

Guests of the Igniv Bar should feel comfortable first and foremost

The Vogelnest sits on the site of the former Baltho Bar and Kitchen, which, in addition to offering high-quality food, has also become a popular cocktail bar for Zurich locals. The new owners of the nest, the Caminada family, did not want any renovations in the bar area.

"Andreas Caminada fell in love with the bar as it existed," Philipp Kössl shares. Only a few new chairs and lounge seating were purchased, pictures on the walls were brought into play.

Locals and hotel guests alike should first and foremost feel that they have arrived and are sinking into this young hotspot in the established scene at the Limmat. The team on site is of course particularly pleased about the award for Best Newcomer Bar at the SWISS BAR AWARDS 2021.

"From day one, we have tried to initiate a high standard of quality, to pursue our vision of the best bar in town. Which means that hotel guests, regulars, tourists and locals should all and completely feel at home. The award for the best new bar shows that we are being noticed with our philosophy. It motivates us all to continue".

Congratulations on the first place in a category in which a total of 20 new bars have applied in this extreme time, it has already twittered directly on the award night. Igniv founder and bar initiator Andreas Caminada also expressed his great joy immediately via digital Igniv family chat and consequently by telephone.

"In part, we all don't know each other yet. It still feels like family, and that helps when the days and nights are long," Kössl enthuses about the corporate culture.

The Igniv Bar in Zurich is the first in the "Caminadian" restaurant and hotel world. According to the bar manager, it stands for cosiness paired with professional competence and charming service. The much-vaunted Austrian charm is now also available in the city on the Limmat.

This article appeared in
Issue 4-2021 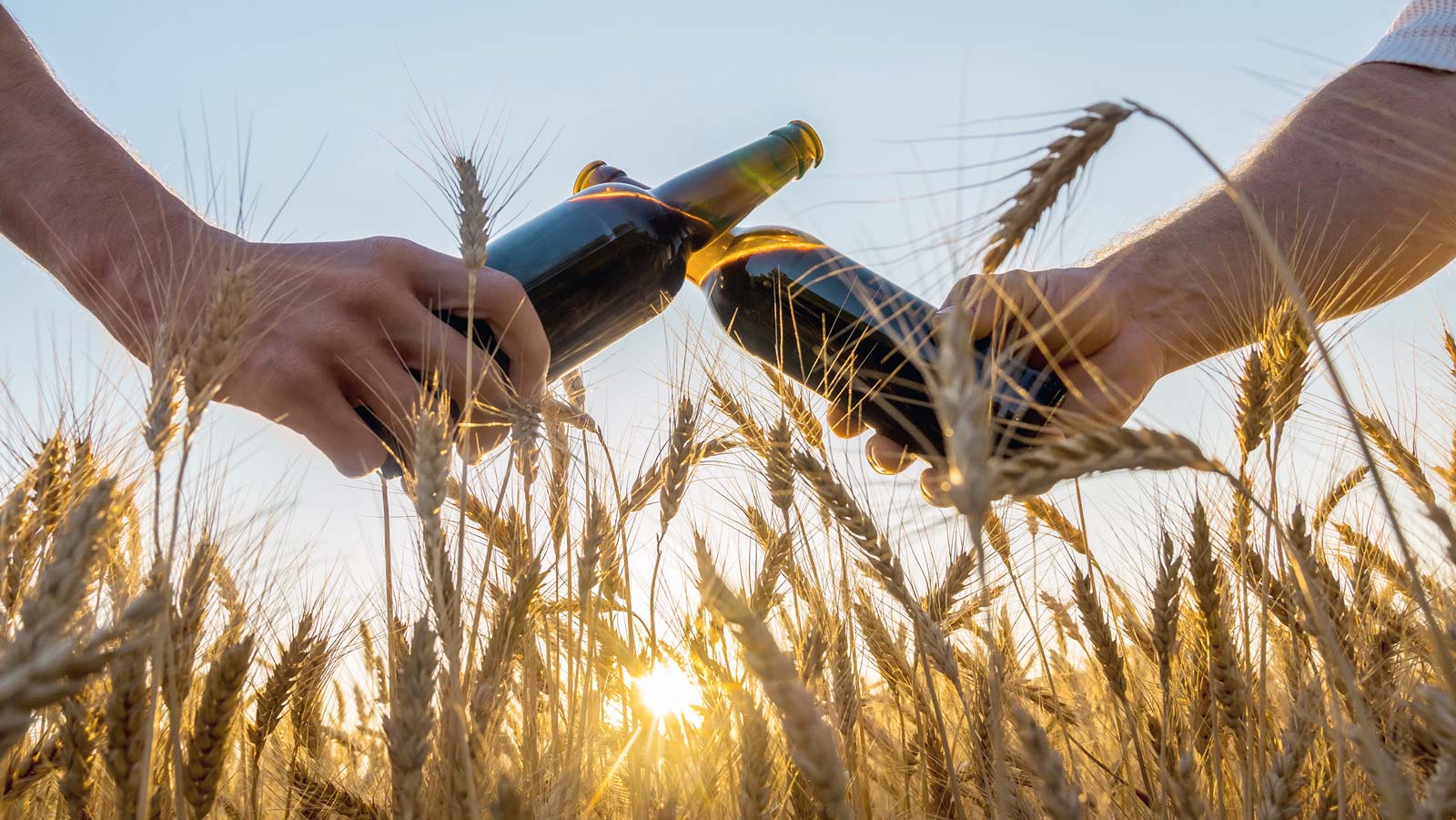 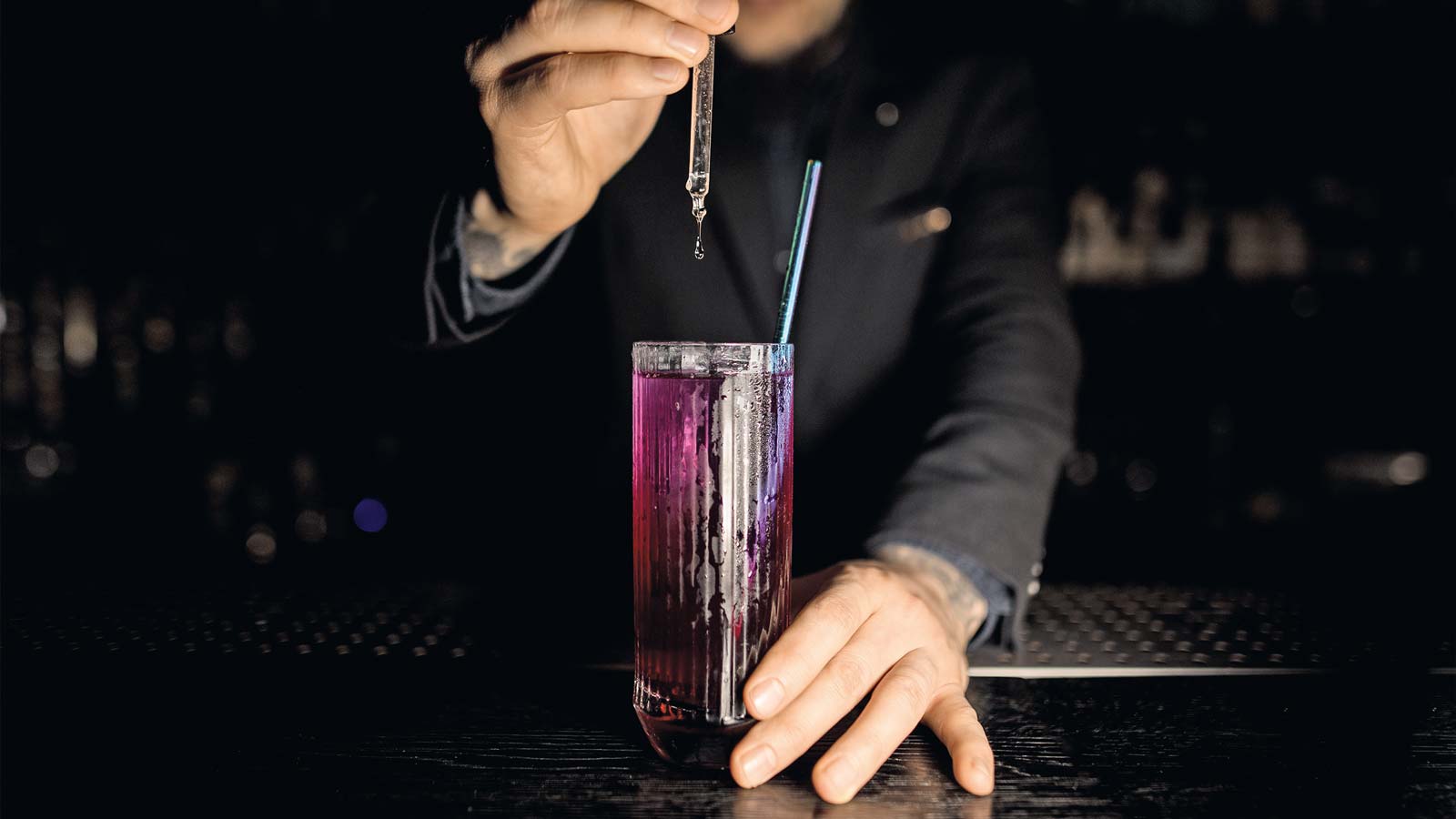