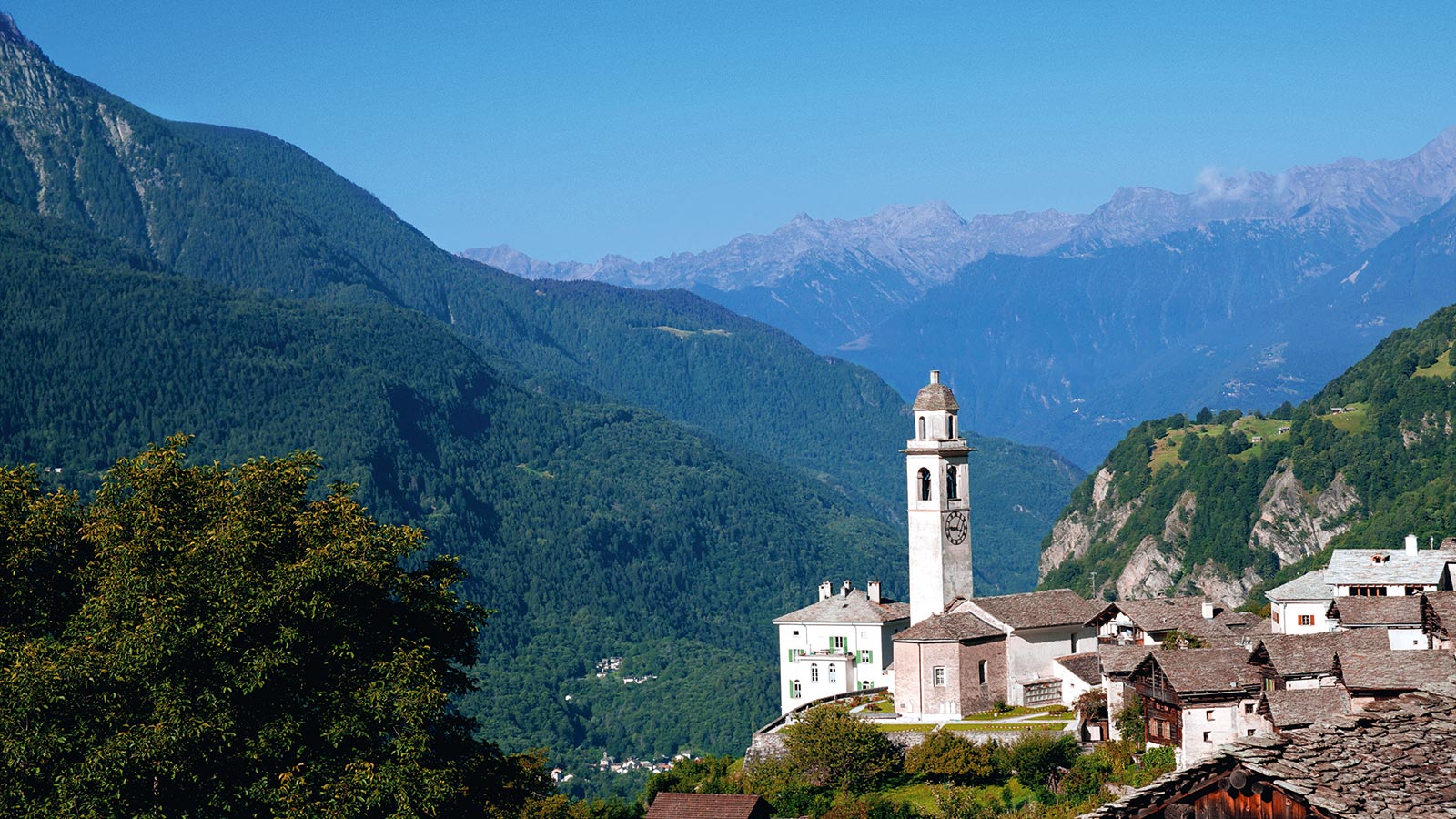 With its 7,100 square kilometers, Graubünden makes up over one sixth of Switzerland. However, it is not its surface area that is the most impressive thing about this canton, but its altitude. Already when driving from Zurich towards Lake Walen, the Glarus Alps give a first impression of the fascinating mountain world that awaits the numerous visitors to the easternmost tip of Switzerland.

Now there will be several reasons why this tourist region has come through the pandemic better than other cantons. It is not only the breathtaking, vast nature, which brings the lowest population density in Switzerland.

Not only the accent, which (after Bernese German) is the most popular dialect in the country. Not only the diverse tourism offer, which offers luxury, sports, wellness and nature. Not only the cultural and culinary heritage of this alpine canton, the diversity of languages and the proximity to Mediterranean Italy - the strength of this region Graubünden undoubtedly draws from its diversity.

The cantonal and regional tourism organizations have contributed to the image as a top vacation destination. Between overtourism, the total sell-out of the Alps and the emigration of the young population due to a lack of prospects - as is partly the case with our eastern and southern neighbors - Graubünden seems to be doing a lot right.

It is not only Gian and Giachen, the two ibexes, with which "Graubünden Ferien" has been advertising for years. Probably the biggest throw of the Graubünden tourism organizations was to give the inhabitants of the midlands a reason to escape the blanket of fog, and not just in winter.

Climate change has shortened the ski season, which is why attractive offers for the summer season are more important than ever. While one heat record chases the other in the lowlands at the height of summer, a more pleasant, cooler climate can be found in the mountains. But lower temperatures alone do not explain why Graubünden is also popular in summer.

The Upper Engadine is a sailing, surfing and kiteboarding paradise thanks to the "Maloja" wind that blows in fine weather. Lenzerheide is considered a kingdom for mountain bikers - and is therefore probably not entirely innocent of the fact that Swiss Air-Rescue Rega had its most intensive year of operations in its history last year.

A high-percentage discovery tour through the Grisons region

Those who like it a little quieter can enjoy the 11,000 kilometers of hiking trails or try the culinary specialties of this region. If you cross the cantonal border at Sargans, you will see the wine-growing communities of Fläsch, Maienfeld, Jenins and Malans on your left, which are counted as part of the so-called Bündner Herrschaft.

Here in the lower Rhine Valley, the temperatures are higher and, in addition to viticulture (to which we turn from page 87), also suitable for growing fruit. Quite a few wineries also have their Pinot Noir marc distilled and store their "Marc" in oak barrels for several years.

In the Rhine Valley, Marc is often also the basis for the most Grisons liqueur of all: Röteli. "Röteli actually belongs in every Grisons household," says Carina Lipp-Kunz, who runs a distillery with her husband Reto in Maienfeld in addition to a winery.

If the speciality based on dried cherries, cinnamon and other spices is primarily associated with the harvest in the most important wine-growing region of Graubünden, the liqueur is mainly drunk a little later around the turn of the year in Prättigau.

The Conterser cherry, which is traditionally used for Röteli, also comes from this valley east of Landquart. Although Röteli can certainly be bought from professional suppliers, analogous to the Ticino nut liqueur Nocino, Röteli is a specialty that is not infrequently produced in Graubünden for personal use. Recipes would be as many as there are mothers-in-law.

The base spirit is basically whatever schnapps is available at the time. In addition to Marc, this can therefore also be fruit brandies or a tasteless grain distillate. The best-known Röteli probably comes from the Kindschi distillery, the largest distillery in the canton.

In Italian-speaking Switzerland, producers are allowed to sell their grape marc brandies under the name grappa. In addition to Ticino, whose producers submitted an application for the protected designation of origin "Grappa Ticino DOP" last year, this also includes the southern valleys of the canton of Grisons.

These include the Puschlav, Bergell and Misox regions. The special thing about Graubünden grappas is that they are largely made from Nebbiolo marc from the neighboring Italian valley of Valtellina. Among the renowned distillers are the distillery of Pietro Misani and the Plozza distillery, two neighbors who distill in Brusio not a stone's throw away from each other. The former distills not only grappa but also fruit distillates and the Viadot gin.

The fact that several languages and cultures meet in Graubünden can also be seen in the distillates. Another example: the Destillaria Daguot from Illanz. Opened as a "schnapps idea" by Robert Cathomas and Beni Simeon eight years ago, the distillery positions itself not only with exceptional drops, but also with the Rhaeto-Romanic language.

Daguot translates as "drop" and somehow sounds like "guat". A little further west, organic farmer Gion Mattias Candinas distills in Surein. In addition to his own distillates, he distilled the cult gin Breil Pur for the first time in 2014, Breil being the Rhaeto-Romanic name of the village of Brigels.

The essence of the Grisons mountains

Gins with local botanicals and herbal liqueurs or spirits are clearly among the highlights of this region. For example, you will find more than one Graubünden gin that contains juniper as well as rowanberry as an important botanical. These red-glowing fruits are popularly considered to be poisonous, but they are inedible only in their raw state due to their high content of bitter tannins.

After the first frost (or a night in the freezer), however, the fruits can be processed without any problems and are considered extremely healthy thanks to their high vitamin C content. Since one can only expect a yield of about two to three percent for a pure brandy, the pure rowanberry brandy is not exactly inexpensive. The intense marzipan note, on the other hand, is priceless ...

Iva schnapps is also considered to be typically Grisons. "Iva" is of Rhaeto-Romanic origin and refers both to a liqueur and to its main ingredient: the flowers and leaves of the musk yarrow, which is sometimes also referred to as wild miss weed. Some distilleries further offer a spirit made with Swiss stone pine cones.

This specialty, like rowanberry, is very common in Austria. Last but not least, an exceptional distillate that has captured the spirit of Graubünden particularly well is the hay spirit from the Lipp distillery. They obtain the hay from an altitude of 2,000 meters above sea level from a slope near Arosa and is said to contain over 100 different grasses and herbs.

The fact that agriculture is also practiced in the mountains and that grain is grown, for example, may seem surprising at first glance. When one thinks of agriculture in the mountains, one usually refers to the so-called alpine economy. This experienced a boom, especially in the 19th century, and is characterized by animal husbandry and cheese and meat production at higher altitudes during the summer.

Under the Gran Alpin label, several farms in collaboration with the Plantahof agricultural training center and Bio Grischun are promoting the old Graubünden cereal varieties.

You can convince yourself of the convincing quality of these grains not only in the form of a traditional Grisons barley soup, but also in a glass of beer. For example, the Appenzell brewery Locher and the small Graubünden breweries Bieraria Tschlin from the Lower Engadin and Biervision Monstein from the Walser village of the same name brew with Gran Alpine grain.

The latter describes itself as "one of the most beautifully situated breweries in Europe" and indeed, the writer would not know of a more idyllic brewing site. Both breweries also work with external distilleries to produce their own whiskies. These in turn usually have their own "single malt" on offer.

When it comes to the term "single malt," the people of Graubünden, like many other Swiss distilleries, have a somewhat broader understanding of the term. Whereas in Scotland everything from mashing to distillation has to be done in the same plant, in Switzerland breweries and distilleries often work hand in hand. Whiskies that would also fall under the Scottish definition of single malt include the single malts from High Glen Distillery in Münstertal.

There, right next to his "smallest whisky bar on earth," Gunter Sommer distills whiskies along Scottish lines. In contrast, "The Devil's Place" in the Hotel Waldhaus in St. Moritz enjoys the reputation of being the largest whisky bar in the world. Founded by Swiss whisky legend Claudio Bernasconi, the more than 2,500 different items also include some whiskies that are distilled every other year by mobile Central Swiss distiller Arnold Keiser in the hotel's parking lot.

Another whisky superlative can be found at the Corvatsch mountain station. At 3,303 meters above sea level lies the highest whisky distillery in the world: Orma - Rhaeto-Romanic for soul. This whisky project around Rinaldo Willy and Pascal Mittner started in 2010 in collaboration with the distiller Urs Lüthy.

Later, Orma was distilled at Telser in the Principality of Liechtenstein until the distillery was closed. Then, on October 10, 2020, the distillery was put into operation on the summit above Lake Silvaplana, where the whiskies for the Corvatsch edition had already been stored before.

If the previous specialties are still too little worn out, he or she will find a few more curiosities in the Grisons. These include, for example, (almost) all the products of Luciano and Gisella Beretta from the Münstertal village of Tschierv.

As the basis for most of their distillates, they use a grain spirit made from local mountain wheat or barley, which has often been fermented for several months. Barrel-aged, macerated or redistilled, they turn it into products that you would rather expect from a Noma in Copenhagen. Whiskey flavored with rooibos or various wheat distillates flavored with self-collected blossoms, cones, herbs or roots are among the products on offer.

HG Hildebrandt of the Gents beverage label has also taken an innovative route. In collaboration with the contract distiller Urs Flütsch, Tartuffel da Gents was created, a mountain potato vodka from the Albula Valley. But the chestnut distillates from schnaps.ch are also incomparable.

For this, mostly smoke-dried chestnuts are fermented, distilled and matured in barrels made of oak or chestnut wood.

Graubünden can be discovered not only with the Rhaetian Railway, but also in culinary terms. However, outside of one's own region, the liquid specialties of Graubünden - with the exception of wines and the occasional Graubünden beer - are rarely encountered.

Yet the exceptional distillates would lend themselves perfectly to adding a dash of mountainscape to the cocktail menu. 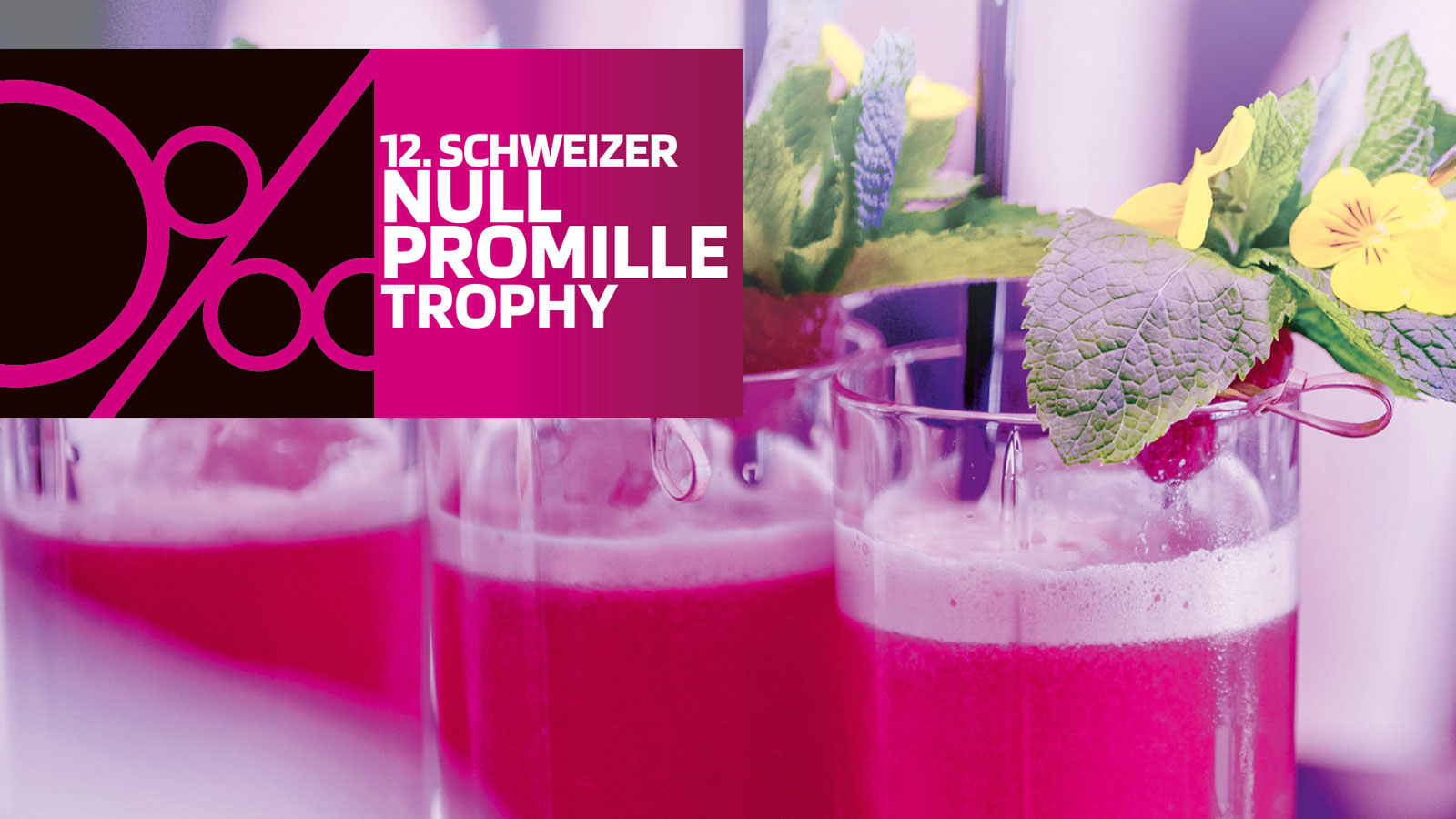 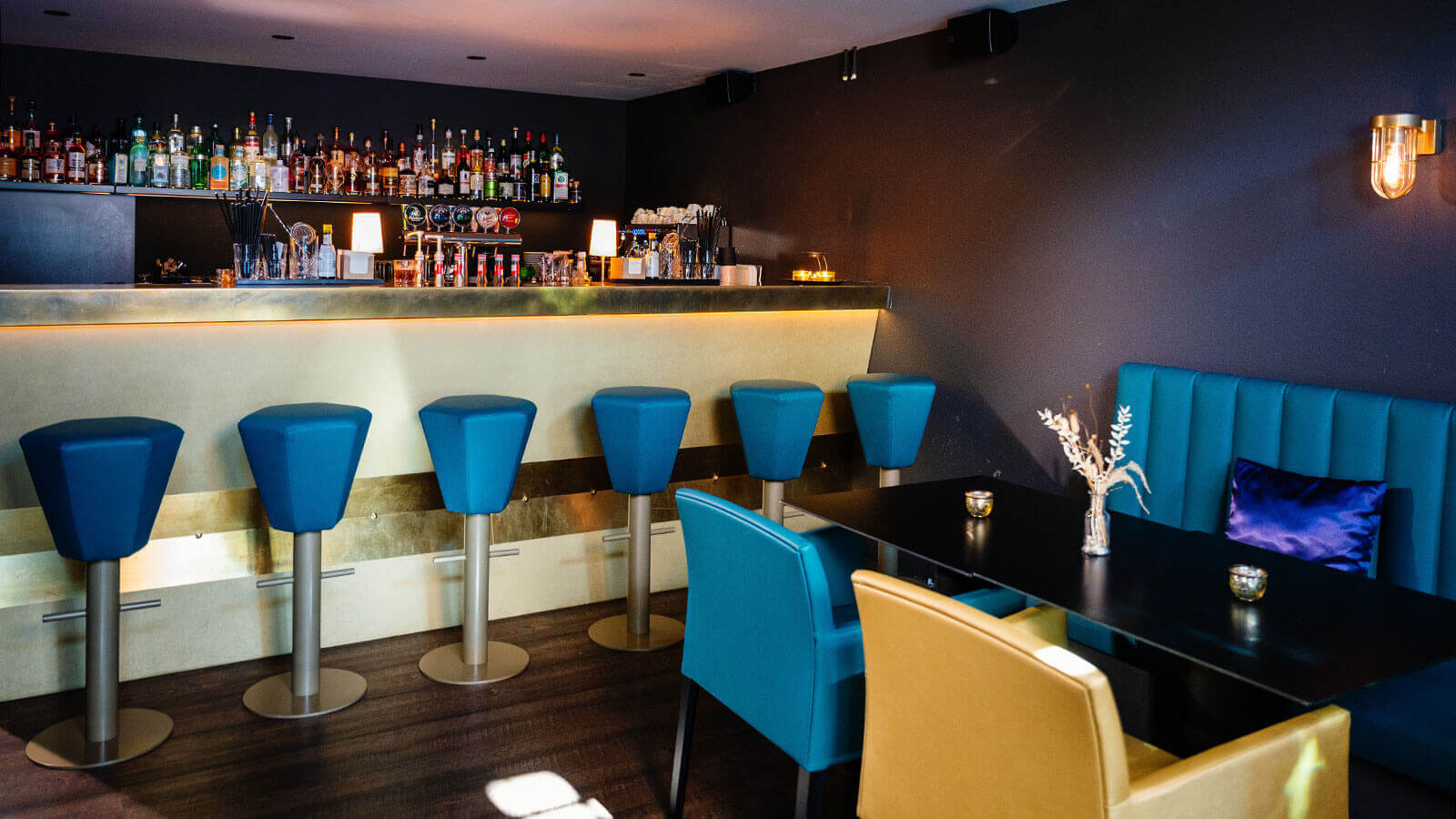 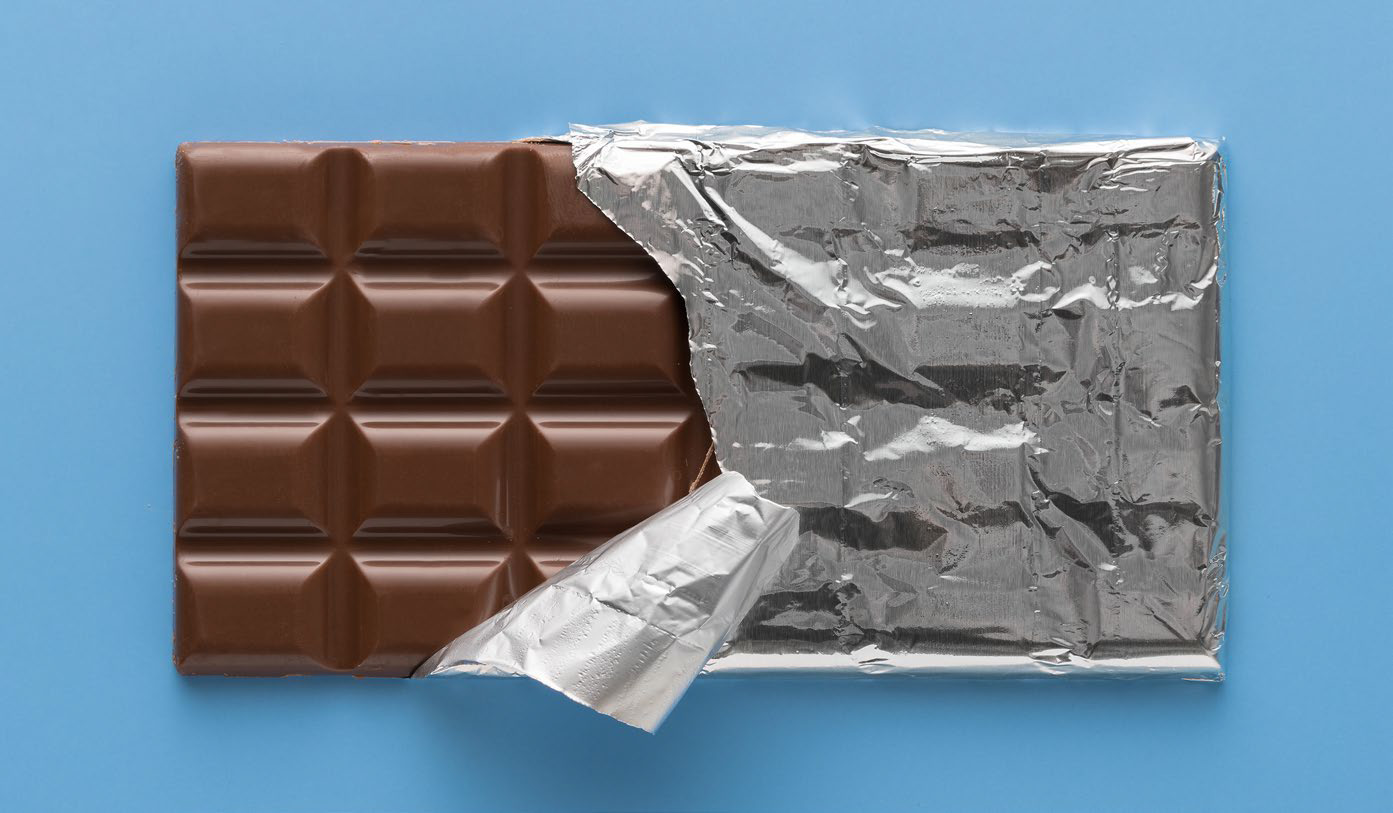