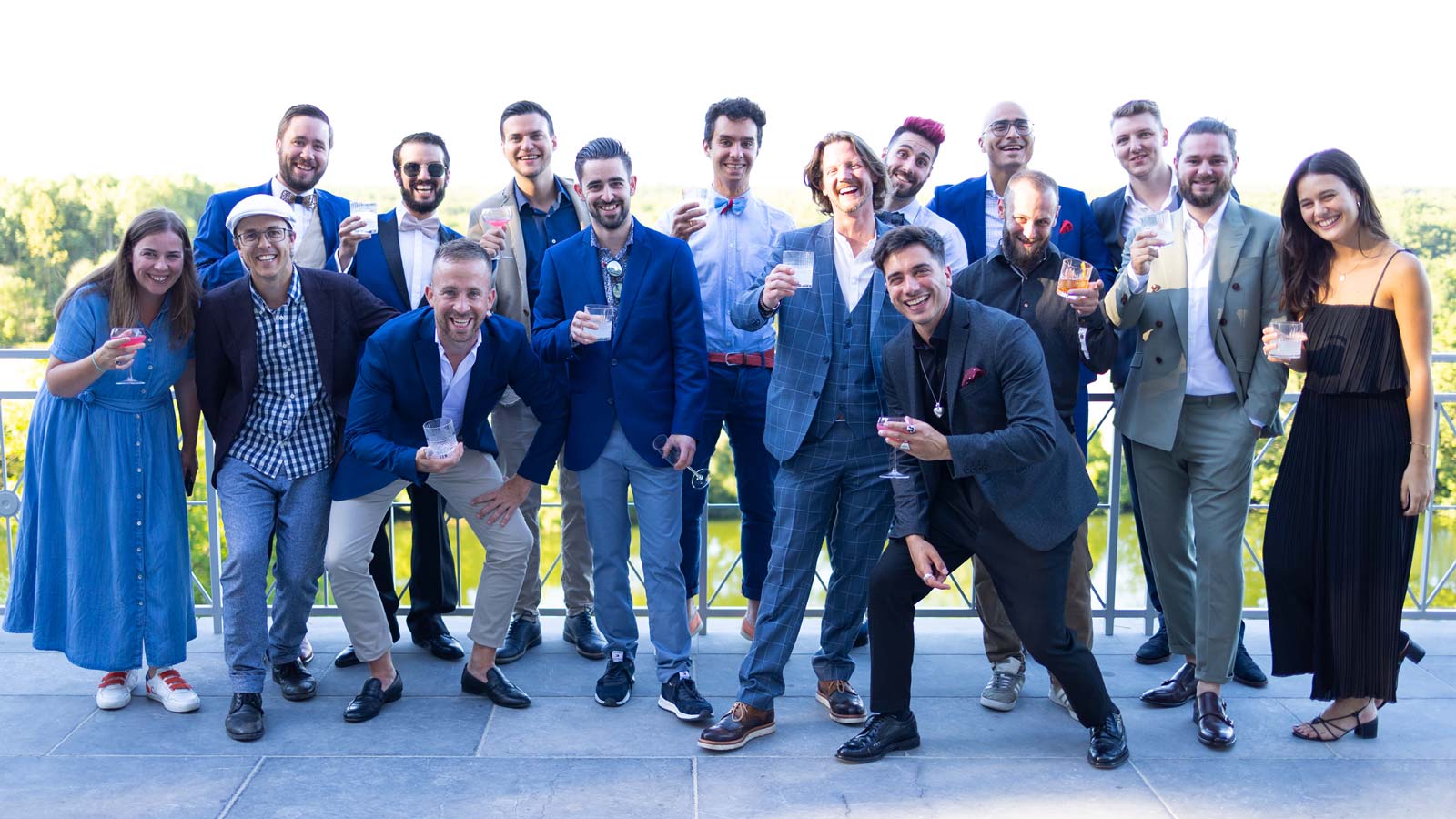 It is an icon of global bar culture: the legendary Cointreau bottle with its even more legendary contents. A brand of spirits whose notoriety is due in no small part to the fact that it can be found on the ingredient list of several cocktail classics.

Sidecar. Margarita. Cosmopolitan. These are just three cocktails that are still part of the standard repertoire of bartenders today. For this reason, it is not surprising that Barkeeper from all over Switzerland answered the call to prove their knowledge of the popular cocktail ingredient.

After all, the prize was nothing less than an exclusive visit of several days to those places that have played an indispensable role for the unmistakable orange liqueur in the past as well as today.

The company, based in Winterthur, is the general importer of all Rémy-Cointreau brands, which in addition to Rémy Martin and Cointreau also include brands such as Bruichladdich, Metaxa and Mount Gay.

From various corners, the dozen traveled to Nantes, a city that was once one of France's most important trading hubs. About a hundred kilometers upstream along the Loire, the team was greeted in Angers, the birthplace of Cointreau, by Rémy Cointreau's French welcome committee.

The aperitif was followed by lunch on the terrace of La Réserve, a restaurant with a fantastic view of the famous 9th century castle.

170 years ago, the siblings Édourad-Jean and Adolphe Cointreau founded a distillery not far from here in their confectionery, with the aim of producing fruit liqueurs. Their first product: Guignolet d'Anjou, a liqueur made from local cherries.

A quarter of a century later, Édouard Cointreau, the son of Édouard-Jean, invented the orange liqueur that is still drunk today. Because thanks to the high quality, and the business acumen of the Cointreau dynasty, the crystal clear liqueur spread around the globe since its creation in 1875.

Barely a hundred years later, production moved to the current site in Saint-Barthélemy d'Anjou, as capacity in Angers was no longer sufficient and the large quantities of highly flammable alcohol posed a risk to the historic town.

This is then distilled in the stills with a capacity of up to 2,500 liters - a process that takes about five hours. The distillate is then sweetened with 215 grams of sugar per liter, reduced to 40% by volume and bottled.

Before that happens, Carole Quinton, Master Distiller at Cointreau (exclusive interview in BAR NEWS 4 | 2022, September 20), and her tasting panel have to check the quality of each batch.

By the way, only the zests arrive at the distillery, because the fresh oranges are used in the countries of origin for juices, preserves, jams, or even animal feed. If you put Cointreau's annual orange requirements on a scale, it would read 10,000 tons.

Each year, 19 million bottles of Cointreau are produced, and each bottle contains the zest of around three oranges. Their essential oils become visible - similar to pastis or absinthe - when Cointreau is diluted with water.

The Swiss Barkeeper were able to experience for themselves that other aromas come to the fore during the subsequent tasting. The tasting was led by Kevin Sueiro, International Brand Ambassador at Rémy Cointreau.

The participants eagerly awaited the next part of the event: the gala dinner at La Richardière. The approach to this impressive estate left the impression as if one had landed in the middle of the filming of the next James Bond movie.

The chauffeurs steered the two black vehicles through the idyllic forest and along a large meadow and finally stopped in front of the entrance, where Alfred Cointreau was already waiting. As Heritage Manager, he is one of the faces behind the global brand and represents the sixth Cointreau generation.

It was his great-grandfather who had La Richardière built for the reception of guests from home and abroad between 1929 and 1933. With a view of the river "Loir" and with champagne, Margarita or Cosmopolitan in hand, one started into the unforgettable evening, which was characterized by haute cuisine, fine wines, stimulating conversations and a quantum of magic.

After a rather short night, the second day started comfortably with a joint breakfast. With plenty of coffee in them, the Barkeeper thanked Alfred for his warm hospitality before the team headed back to the Cointreau production site. There, Valérie Quinaud introduced those present to the history of the brand.

Particularly eye-catching were the bottle rack with imitation Cointreau products from all over the world as well as the iconic advertising materials and subjects from times gone by. The old bottles and labels were also eye-catchers, although it should be mentioned here that the current design is also currently being renewed.

The side will now feature the windows of the original distillery and the brand name, no longer Édouard Cointreau's signature. The revised label is also a bit more colorful, playful and rectangular (again).

Before lunch, the twelve participants were now challenged. Two teams of two each took on a predefined topic for new Margarita twist.

The three given themes were "Salty", "Bitter" and "Low-ABV", and the creations of Barkeeper from German-speaking Switzerland convinced the jury, consisting of Zoé, Marie-Charlotte and Kevin from Rémy Cointreau, the most.

After lunch, we took the TGV from Angers to Paris, where we stayed at the Grand Pigalle Hotel. A short breather was allowed by Brand Ambassador Kevin, who was responsible for the evening program: three bars with three completely different concepts.

In the first round, each was greeted with a Cointreau cocktail, and the second round consisted of an excerpt from the bar menu of the restaurant.

The event kicked off with "CopperBay", a Mediterranean bar with a second branch in Marseille, followed by "House Garden", probably the only bar in town dedicated exclusively to Low-ABV drinks.

The (official) bar tour concluded at Mezcaleria, an excellent speakeasy mezcal bar in the 3e arrondissement.

A big thank you to Lateltin AG and the team of Rémy Cointreau for this unforgettable trip. 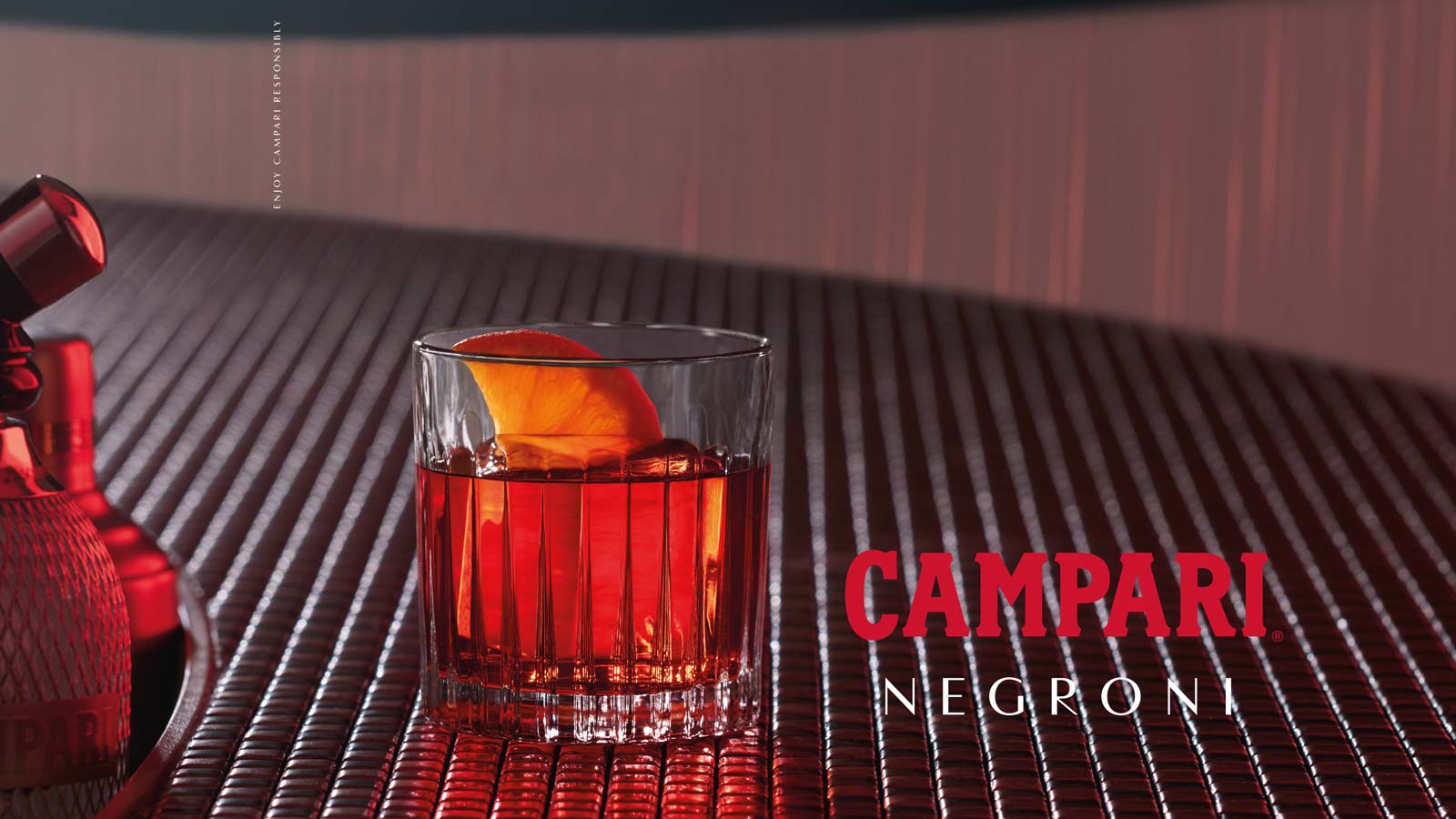 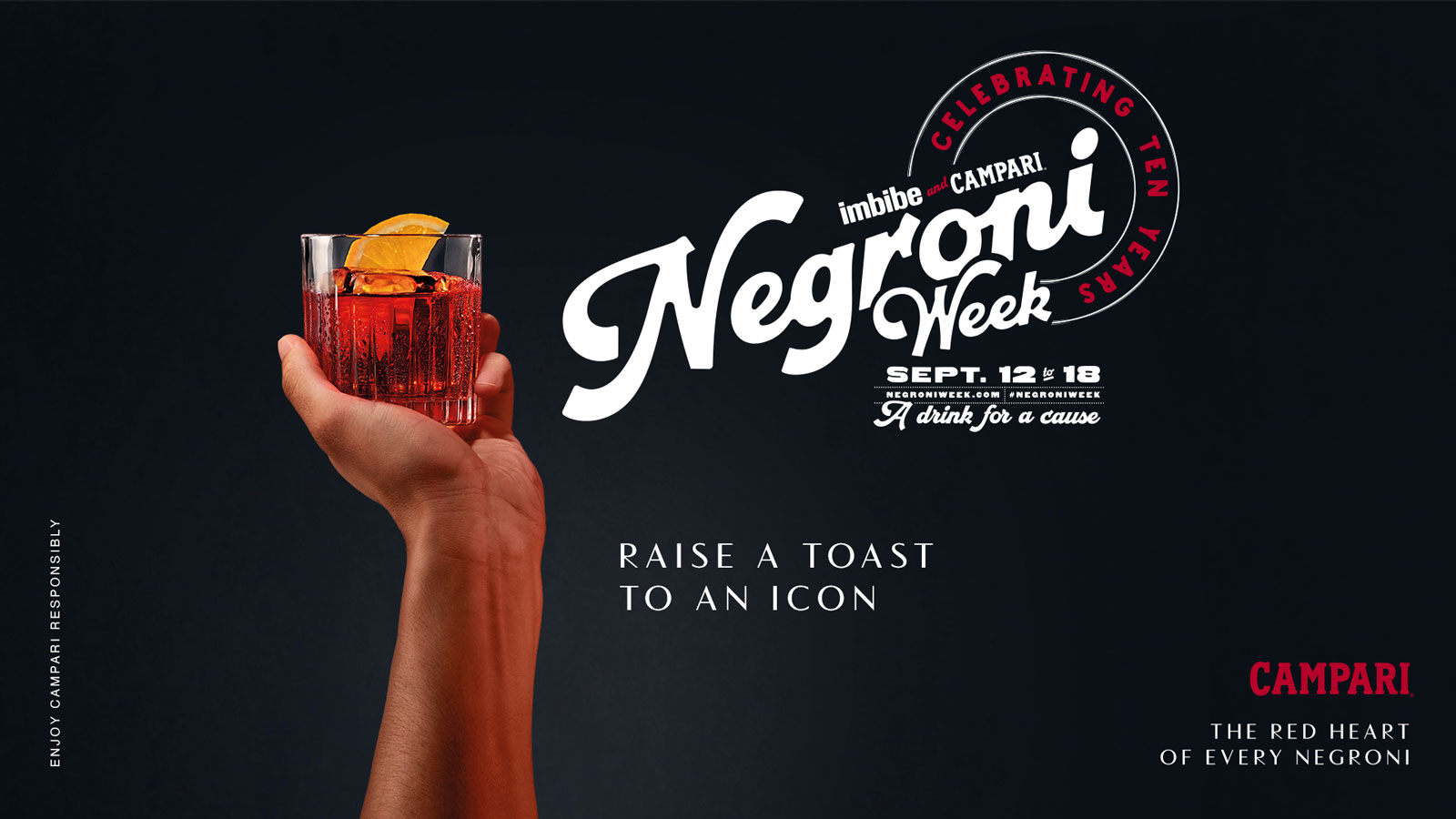 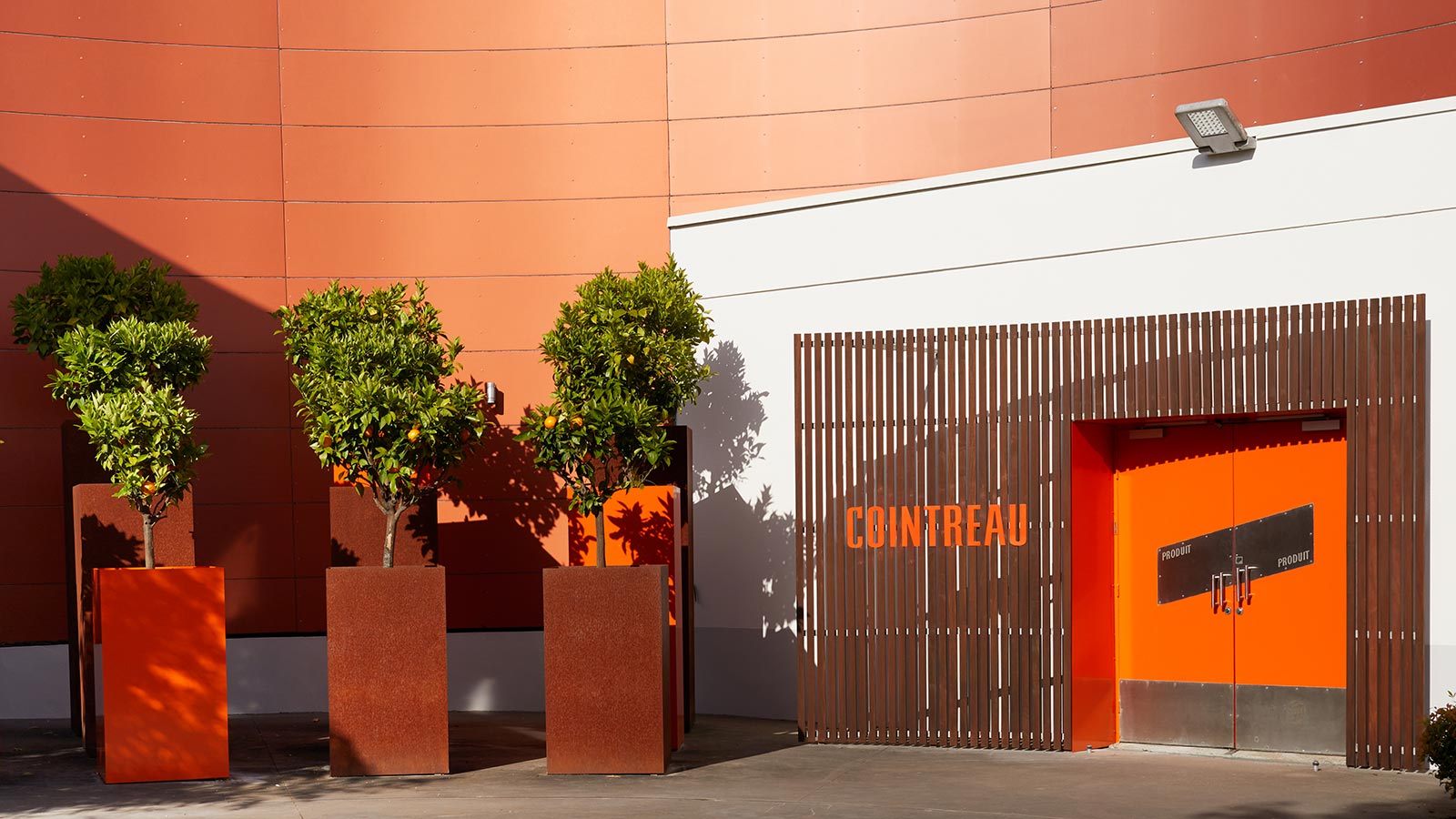